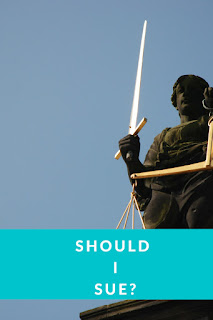 According to the ads on late-night television, a car accident could be your path to riches.   See that lawyer and get a big check. Is it really that easy?
This post is not legal advice, and every case is different.  Generally, personal injury attorneys work on contingency fees--they get a portion of the recovery--and they offer free initial consultations during which they evaluate your case and decide whether they want to become involved.  If you are injured in a car accident, it doesn't hurt to see someone.

Elements that determine the value of a lawsuit

There are three elements that determine the value of a lawsuit:

What to Do Before Disaster Strikes

Right now there are wildfires in the West and a Hurricane is headed for Hawaii.  The end of August and first half of September is prime time for Hurricanes on the Gulf Coast.  Spring floods hit the river valleys, especially in areas that got more snow than usual.  Earthquakes seem to come out of nowhere.  The reality is that any of us could be hit by some disaster (whether individually, or as a community) at just about any time. 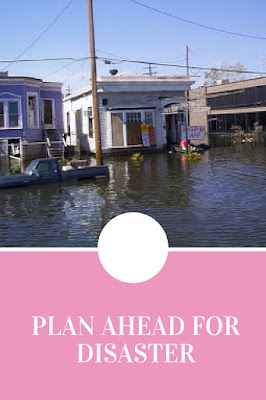 Some of us will have at least a little warning of impending problems.  When hurricane warnings go up, you know that you need to pack up valuables and leave town.  While you may be hoping that wildfire doesn't come your way, you know that if it isn't too far away you need to be on guard--the wind can always change.  On the other hand, earthquakes give little warning and your smoke alarm may be the only warning you get of the fire that destroys only your home.

The better prepared we are before a disaster strikes, the more easily we will recover afterwards.

Is Webull a Good Robinhood Alternative? 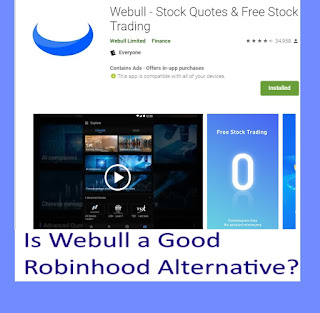 While some people are fond of online broker Robinhood, which charges no sales commissions, other people are looking for an alternative to Robinhood. One contender is Webull, another commission-free stockbroker.  This article will chronicle my experince with Webull and offer you, my readers, a free share of stock.

I first found Robinhood alternative Webull when I was perusing Google Play for more apps for my phone and Webull was listed as a free online broker.  I hit Google to see what folks had to say about it, and found that it was an alternative to Robinhood if you were looking for a free online broker.  I also saw that you got a free share of stock for trying it, so I did.

Getting Started with Webull

Visiting New York City: Should You Buy an Attraction Pass?

When you start planning a trip to New York City, after a search or two, Google will start showing you ads for attraction passes.  I don't control the AdSense ads on this page but I wouldn't be a bit surprised if one of them is for an attraction pass.  So, should you buy one?  If so, which one?  How should you decide? 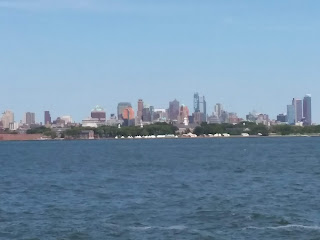 How long to do plan to stay, and if money was no object, what would you during those days?  In order to determine if you should by a New York Pass, a City Pass or Sightseeing Pass, you need to consider what you want to do, and how long it takes to do it.

If your ideal trip to New York City includes sleeping late, a leisurely lunch, shopping on Fifth Avenue, a Broadway show daily followed by dinner and drinks, you aren't going to get much use from an attraction pass.  On the other hand, if your goal is to see as many of the sights as possible in as short a time as possible, they may be just what you need.

Once you have a rough schedule of what you would like to do, if money permits, look at the attraction pass options and find the one that is right for you.

We recently took a group of Girl Scouts to New York City.  We knew we wanted to fly in on Wednesday and out on Tuesday, which would give is five full days and two relatively short days.  We wanted to see the Statue of Liberty, the Metropolitan Museum of Art, the Empire State Building and/or the Top of the Rock, the 911 Museum and the Natural History Museum.  Other big attractions that were interesting were Radio City Music Hall, and NBC Studios.  We also knew there were a lot of free attractions, and of course, we wanted to shop.  So, what should we do?

The New York Pass would allow us to see all those attractions, and more.  Hypothetically, looking at our list, we could do the Empire State Building early one morning, the 911 Museum later that morning, Radio City in the afternoon and the Empire State Building at night.  The next day We could do the Statute of Liberty in the morning and the Metropolitan Museum in the afternoon.  A third day could be the Natural History Museum and NBC Studios.  We would then have two full days and two small days to cover the free attractions, or we could add two more days to the New York Pass and see more.  A three day pass is $199 for anyone over 12.  A five day pass is $242 (there is no four day option).

The Sightseeing Pass can be purchased by the day or by the number of attractions.  While it does not include the Empire State Building, we could see the rest of our preferred attractions.  A three day pass is $199, four days sell for $229 and five days for $244.00.  If we preferred, we could have chosen to buy by the attraction.  Seven attractions would be $165.00, or, if we wanted to spend $199, we could get twelve attractions.

The New York Explorer Pass is purchased by the attraction. Their list of 82 attractions included everything on the list but NBC Studios.  A seven attraction pass is $169 for anyone over 12.

The New York City Pass offers a much smaller list of attractions--but most of the biggies are on there.  For $126 per adult, and $104 for each child under eighteen, you can see:

Most of these passes offer far more attractions than you can reasonably see in a few days.  They offer boat cruises, art museums galore, tours on foot, and bus tours as well. The thing to realize is that you can't be in two places at one time. 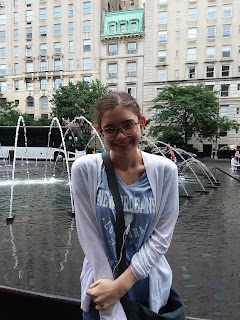 Look at All the Options

Money was a major concern on our trip, so we chose the City Pass and didn't see Radio City Music Hall or NBC Studios.  However, if those really were on a "must see" list, we could have added Radio City Music Hall for their regular price of $30, and the NBC Studio Tour is $33.00, giving our adults attraction costs of $192 and the girls $167, which is still substantially less than the other passes.

On the other hand, if you have a bigger "must see" list, or if your list included a substantial number of things not on the lower-price pass, a higher-priced pass might be right for you.

While all these passes tout how much you save but using them, don't forget to consider other ways to accomplish your goal, especially if you prefer a leisurely paced trip and/or want to do a lot things that are not included on these passes--things like seeing shows or dining out.  New York City also has a lot of fun free things to do; don't forget to leave room in your schedule for some of them.  mans

Also, as noted on my post about free attractions, many of the major attractions offer "pay what you wish" times. 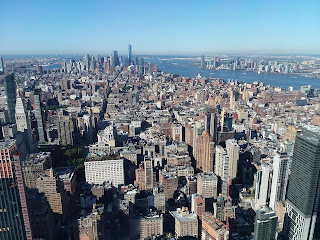 Besides our paid attractions, we saw Grand Central Terminal, Central Park, Brooklyn Bridge Park, The High Line, the Cheslea Market, St. Patrick's, the graveyards of Trinity Episcopal (Alexander Hamilton is buried there) and St. Paul's Chapel.  We walked across the Brooklyn Bridge, visited Federal Hall, and took pictures with the Wall Street Bull and the Mighty Girl.  We explored the New York Public Library and enjoyed lunch in Bryant Park while listening to Broadway songs. Times Square is fun too. 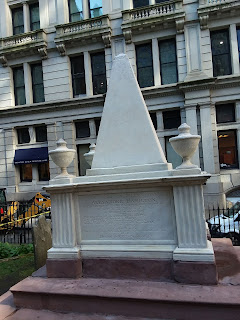