Get A Check, Get A BIG Check 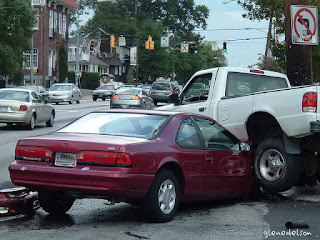 If you listen to the ads on local television, you will be convinced that a scene like this is the path to riches.  As someone who works on car accident cases for a living, I'm here to tell you that you aren't going to get rich from your car accident; but your lawyer might. A major insurance company hires us to defend its insureds when they are in accidents. Often, when I call our insureds to talk about the accident, the first question I get is "How could they sue me; it was their fault!". Then I get questions about when the case will go to trial, along with a statement that they hope the insurance company doesn't pay those $#(/* anything.   Since so few people seem to know how the car accident lawsuit works, I'm going to write about it.

I briefly described liability and damages in my prior post.  Lawsuits are filed when either liability or damages are unclear or disputed. Different states have different deadlines for filing suit; in Louisiana plaintiffs generally have one year from the date of the accident to sue. As I've told many an insured, to sue someone takes $350 and a piece of paper that looks about right on the surface. The person in the clerk's office who stamps in the suit does not read it and the fact that it is filed is no reflection on its merits except that someone thought it was worth $350 to file it.

Once a suit is filed, it must be served on the other party. How this must be done differs between states; in some, the sheriff must serve it, in others, certified mail is sufficient. In any case, if you are served with a lawsuit, call your insurance company immediately. It is their job to defend you, and they will hire an attorney. That attorney represents you and is obligated to protect your interests, not those of the insurance company; however, they are limited to defending you in the suit, they cannot sue the other party to get money for you. You are entitled to hire an attorney to look over their shoulder, but you have to pay that lawyer, and generally, it isn't worth it.

Your attorney will file documents responding to the plaintiff's allegations. Shortly thereafter, the parties will exchange written discovery. These Interrogatories and Requests for Production are questions that the parties ask each other about how the accident occurred, background information on the parties and about the damages the plaintiff suffered in the accident. They also ask about insurance coverage. Once the attorneys review the written responses of the other parties, they may issue subpoenas for more documents. Generally the subpoenas are issued by defense attorneys seeking copies of the plaintiff's medical records from before and after the accident, and if there is a lost wage claim, for employment records. After these documents are received and reviewed is a time that some cases settle because both parties have information about what the other is claiming, and, if there is little disagreement, such as when damages clearly exceed the policy limits, cases settle.

Once the documentation has been gathered, the next step for most suits is fact depositions. A deposition is a proceeding, usually held in a lawyer's office, in which a witness is placed under oath and questioned by attorneys in front of a court reporter. Defendants almost always take the deposition of the plaintiff; if liability is contested then the plaintiff will take the deposition of the defendants. Disinterested witnesses are often deposed as well. After those depositions, both sides have a better idea of the claims of the other, and have some idea of what kind of witness both parties will make.  Because of that, this is another time when cases often settle.

If not, the case may be set for trial, or it may move to expert discovery--to taking depositions of doctors, accident reconstructions, vocational rehab people, economists or who knows who else, depending on the possible value of a case.

So What About the BIG Check?

There are two ways you get a check from a car accident. You either settle the case, or you get a judgment after a trial. More than 95% of cases settle before trial. Trials are for getting other people to settle disputes you can't settle between yourselves. Whether a case settles or is tried, the size of the check depend on these factors:

The simple way of looking at damages is to ask how much the accident cost the plaintiff.  In most cases, the property damage is easily dealt with.  Medical bills are the next common item of damages.  While the bills themselves are usually pretty clear, what is sometimes not clear is whether the treatment is related to the subject accident, or whether it is related to a pre-existing condition, or in some cases, to a subsequent accident or problem.  In some cases the lost wages are easy to determine; in others, they set up major battles between experts.  In the case of a permanent injury, there may be a claim for lost earning capacity.  Besides the damages which can be quantified with documentation, courts also award damages for pain and suffering, or loss of enjoyment of life, and similar reasons.  Generally speaking there are common ranges of awards that are upheld on appeal and therefore used for settlement purposes, based on the type of injury suffered.  If a jury awards too much,the defendant will likely appeal and if the award is out sized compared to awards in similar cases, it may be cut.

Insurance and/or assets of defendants

Plaintiff lawyers want to get as much money as possible for their clients. No one is going to be able to make a million dollar case out of a fender bender in which no one was injured, but in a case where the damages are at or above the amount of available insurance, the plaintiff's lawyer has to decide whether to pursue a judgment against the defendant personally or to take the insurance and be done with it. Collecting on judgments can be time-consuming and expensive so if the insurance is close to enough, they may take it and call it good. On the other hand if the defendant was clearly underinsured, and has easy assets to grab, like bank accounts or other financial assets, he may decide it is worth it. 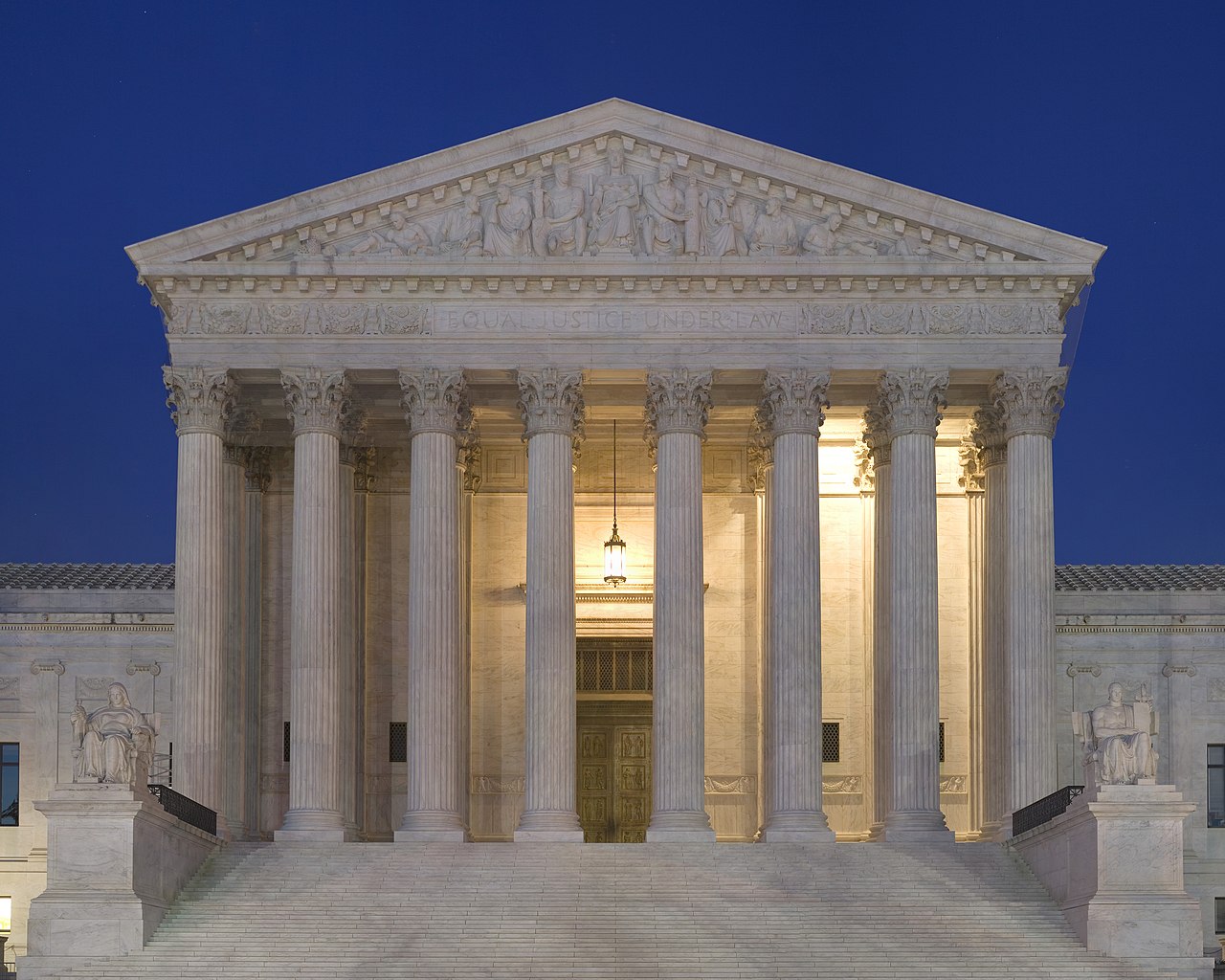 But I want my day in court

Ummm...no, you don't, not really.  Whether you are the plaintiff or the defendant, you want this case over with.  Trials are expensive and unpredictable.  It is the job of the lawyers on both sides to assess damages and liability and then to work things out so that the plaintiff gets what is owed, and not more.  Sometimes each side as a very different idea of what that number is, and so the cases go to trial.  When that happens, the plaintiff may walk away with nothing, or the defendant may get hit with a judgment far in excess of what was expected--or both sides may end up spending a lot of time and money to try a case only to have the resolution be what one of them offered prior to trial.

So How Much Do I Get?

Depending on the contract you signed, and the stage at which the case settled, or a judgment rendered, your attorney will take 25-40% of the gross proceeds (though sometimes if the check is low compared to the damages and they were able to effect a quick resolution, the attorney may take less).  Next, the bills need to be paid.  If the doctors have not been paid, now is when they get their money.  If your health insurer has paid your bills, they will probably want reimbursement for at least part of what they spent.  The other thing that has to be paid is the cost of the litigation.  This is where going to trial really hurts you because trial preparation is expensive.  Experts have to be hired, exhibits created and those miscellaneous expenses can really add up fast.  In general, from what I've seen, unless you have a death claim or a large claim for loss of earning capacity or a large claim for future medical expenses, you are going to walk away from the table with less than a third of the amount of the average settlement or judgment check.  The amount of the check will depend on the injury sustained and how long you treated.  The longer the treatment, the bigger the check, but the more of it that is owed to the doctors.

For many people, it is not.  The typical personal injury plaintiff is someone without health insurance who was injured in a wreck.  This person cannot walk into the local doctor's office and afford treatment so she sees a lawyer, who sends her to a doctor who has an agreement with the attorney.  Even if this person does not walk away from the table with much money, she gains access to medical care that she would not have had without an attorney.  On the other hand, I have neither the time nor the desire to visit the doctor's office regularly to document healing or lack thereof for a soft tissue injury that is practically guaranteed to hurt for a couple of months, and which, in all likelihood, will eventually go away.  For me, the little I would gain suing for such an injury isn't worth the hassle it would put me through; for the typical personal injury plaintiff, it is.

Have you ever been the plaintiff (the one who filed suit) or the defendant (the one who was sued) in a lawsuit?  What was your opinion of the outcome?
*Part of Financially Savvy Saturdays on brokeGIRLrich, A Disease Called Debt and From Aldi to Harrods*

Photo of wreck compliments of Glen Edelson. "Supreme Court Front Dusk" by Noclip at en.wikipedia - Transferred from en.wikipedia. Licensed under Public Domain via Wikimedia Commons.
Posted by RAnn at 10:52 AM